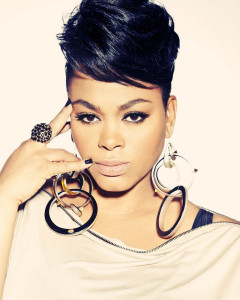 The San Diego Jazz Fest welcomes the beautiful and talented singer Jill Scott for the second edition of great show shows by BTWConcerts.com.
Click Here to Check out Jill and Anthony So in Love video
Jill Scott began her performing career as a spoken word artist, appearing at live poetry readings to perform her work. She was eventually discovered by Amir “Questlove” Thompson of The Roots. Questlove invited her to join the band in the studio. The collaboration resulted in a co-writing credit for Scott on the song, “You Got Me”. In 2000, Erykah Badu and The Roots won a Grammy for best rap performance by a duo or group for “You Got Me”, and Scott debuted as an artist during a Roots live show, singing as original artist/singer of the song. Subsequently, Scott collaborated with Eric Benet, Will Smith, and Common, and broadened her performing experience by touring Canada in a production of the Broadway musical Rent.

Scott was the first artist signed to Steve McKeever’s ‘Hidden Beach Recordings’ label. Her debut album, Who Is Jill Scott? Words and Sounds Vol. 1 was released in 2000. She experienced some notice and chart success with the single “A Long Walk”, eventually earning a Grammy nomination in early 2003 for Best Female Vocal Performance. Scott lost that award, but won a 2005 Grammy for Best Urban/Alternative R&B Performance for “Cross My Mind”. The live album, Experience: Jill Scott 826+, was released November 2001. Scott’s second full-length album, Beautifully Human: Words and Sounds Vol. 2, followed in 2004.

Scott continues to write poetry; a compilation volume of her poems, The Moments, The Minutes, The Hours, was published and released by St. Martin’s Press in April 2005.

The Collaborations collection served as “an appetizer” for her next studio album, The Real Thing: Words and Sounds Vol. 3 released September 25, 2007. A clip of the title track was released on a bonus disc from Hidden Beach Records and included with Collaborations. The lead single “Hate on Me”, gained airplay in May 2007 with a video released in mid-July. In advance of the album’s release, Hidden Beach released a 17-minute album sampler through their forums. Interspersed between the dozen songs previewed on the sampler was a personal explanation from Jill for the inspiration behind some of her songs.

On the advice of her good friend, director Ozzie Jones, she began pursuing a career in acting in 2000. She joined a fellowship at a theater company in Philadelphia. For two years, she took small, menial jobs in exchange for acting lessons. In 2004, Scott expanded her resume by appearing in several episodes of season four of UPN’s Girlfriends, playing Donna, a love interest to main character, William Dent (Reggie Hayes). She also appeared in the Showtime movie Cavedwellers, starring Kevin Bacon and Kyra Sedgwick.

Her first feature film appearances occurred in 2007, when Scott appeared in Hounddog (as Big Mama Thornton) and in Tyler Perry’s movie, Why Did I Get Married? The next year, in 2008, Scott appeared as Precious Ramotswe in Anthony Minghella’s film adaption of Alexander McCall Smith’s series of books The No. 1 Ladies’ Detective Agency playing a detective. Scott then filmed additional episodes for the series in Botswana in late 2008, co-funded by the BBC and HBO, that were broadcast as a seven-part series on BBC1 in March 2009; and on HBO, which debuted March 29, 2009. BBC and HBO are contemplating whether to produce a second round of episodes of the series.

In 2010, she voiced Storm of the X-Men on the BET series Black Panther. On March 24, 2010, Scott guest-starred in an episode of Law & Order: Special Victims Unit. She reprised her role as Sheila in Why Did I Get Married Too? (2010). The movie was shot in August 2009 and received an April 2, 2010 release. That same year, Scott starred in the Lifetime Movie, Sins of the Mother, as Nona, an alcoholic mother confronted by her estranged daughter, whom she neglected. At the 42nd NAACP Image Awards, Jill Scott was awarded Outstanding Actress in a Television Movie, Mini-Series or Dramatic Special for her role in Sins of the Mother.

In May 2012, Jill Scott appeared on VH1 Storytellers. Scott performed a few of her most notable songs such as “Golden” and “He Loves Me.” With wig as well as costume changes, Scott created characters to fit each song in order to convey the message of the song.

Later in 2012 she starred alongside Queen Latifah, Alfre Woodard, Phylicia Rashad, Adepero Oduye and Condola Rashad in Steel Magnolias, a remake of the 1989 original for Lifetime. She played the role of Truvy Jones, which was originated by Dolly Parton.

In December 2012, Scott appeared in “The Human Kind”, the eighth episode of the fifth season of Fringe.

In 2008, Scott released her second live album, Live in Paris which consists of 8 songs recorded during her set list of the “Big Beautiful Tour” in Europe. The bonus DVD contains the same concert (shot and directed by J.G BIGGS), plus some live cuts from The Real Thing: Words and Sounds Vol. 3. In the same year, “Whenever You’re Around”, a single from The Real Thing, which features George Duke, was a moderate hit on urban radio.

During Jill’s stint at the Essence Festival, she announced her intentions of releasing two studio albums. One at the end of 2013 and the other during the spring of 2014. She first began kicking around the idea for Brown Baby Lullabies several years ago prior to giving birth to her son, Jett. With the finishing touches on it, she says the album will provide affirmations for babies and children. “The lyrics are meant to be encouraging and nourishing to the spirit,” she explained proudly. “The ultimate goal, however, is for the album people to purchase the album, but not actually hear it because they’ll be too busy sleeping,” she said with a smile. “Turn that joker up [and] walk out the room,” she ordered. “Let them learn how to go to sleep.”