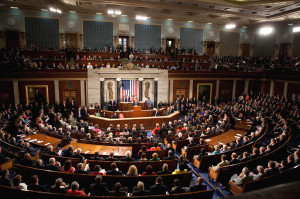 We have often talked about the evils of Gangs and the harm they cause to certain communities.  In the latter part of the 19th Century and into the 20th Century the Klu Klux Klan was the largest gang in the country.  Breeding fear in communities, spreading hate and propaganda, killing someone simply because of their Color or religion, without reason of right or wrong.  In the latter part of the 20th Century and into the 21st Century, in most urban cities across America, young men and women can be killed or harmed just because of his affiliation to an area.  A man or women can be abused, treated with disdain or humiliated just because of their looks or lifestyle.  In Southeast San Diego or South Central LA, a young man can be killed just because he wears Red or Blue labeling him Blood or Crip.  A  person can be murdered without reason. Today marks another day in American history when we say WTF is going on. Well the DC gangs have carried out their orders to vote along party lines because they associate with the Red Gang or Blue Gang. They voted based their agenda and their own myopic view of what America should look like and how it should function, instead of  what is truly best for the country. Instead of going on CNN, MSNBC, FOX News, Meet The Press, all radio shows, go behind closed doors and work this mess out.

A Majority of elected Republican congressmen and women have voted to shut down the government, they were elected to serve and govern for, and they are happy and pleased at their actions. In the 40’s and 50s of the past century, this would be called treason and those members would be labeled Communist, then placed on a list or in jail. Where’s McCarthy when you need him. They say it is for the good of the America and the people they serve.  The Tea Party candidates stated their mission prior to being elected by stating “Our main goal was to shut down the government”…and they did.  So why are we surprised at the outcome of yesterdays Cirque De Congress in the dangerous turf war for the capitol building.  They did exactly what they promised.  For those who voted for a congressional person, that vote for an official to shut down the government of the United States Of America, your actions can cause more harm than any enemy of America, that wish to do this country harm and render it helpless.  You are just as culpable as they are.

Regardless of your party affiliation, what is happening in Washington DC is embarrassing and dangerous.  We have allowed our politicians to play games with our lives, and they are winning.  For the Republican mother who needs assistance with her child, or the Democratic Veteran that wants his benefits, if you are not getting your just due services, the game that is being played within Washington DC is “It’s Your Life”. It is being played so the politicians can continue their position in government, even it means you lose some of your inalienable rights and much needed services due to you by the constitution of the Unites States of America.  Your congressman and senator will be well taken care of, even if they loose their job when it’s all said and done.  You, us, we on the other hand must live with a decision made by someone who has no one else best interest in mind than their own and the puppeteer that pulls their strings.  Those puppeteers remain behind their sheets and send out their henchmen to carry out their deeds, with the promise of being well rewarded, after they have sold their souls to their cause.

The ignorance in some of our political leaders and the blind faith to “Party” leads me to belief there needs to be a some kind of litmus test or intelligence barometer or even a rational logical deduction of consequence form that anyone running for office should fill out and pass, before they are can be placed on the ballet.  Then we as voters can be sure to make a wise decision on whom we chose to represent “us”.

I have voted on several occasions to elect Republican, Democratic and Independent candidates to political office.  I also have Not voted for any candidate running for a particular office if I felt that neither one was qualified or would serve the best interest of that office but for their own agenda.

The Image Of Magazine has joined with Meet The Candidates, a San Diego Based organization, to hear the people that are running for public office and what they have to offer.  It is also a forum that anyone, of any political affiliation can affordable get to hear these candidate, meet him or her up close and personal and choose wisely.  No $5,000 dinner plate. Check out Meet The Candidates San Diego on Facebook for the next date and time to see Councilman Kevin Faulkner, candidate for San Diego Mayor.