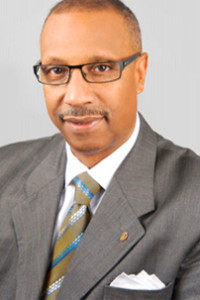 and Alumni Chapters on major campuses and in cities throughout the country, is the crystallization of a dream. It is the beautiful realization of a vision shared commonly by the late Revered Founders

It was the vision of these astute men that enabled them in the school year 1910 – 11, more specifically the night of January 5, 1911, on the campus of Indiana University

at Bloomington, Indiana, to sow the seed of a fraternal tree whose fruit is available to, and now enjoyed by, college men everywhere, regardless of their color, religion or national origin. It is a fact of which KAPPA ALPHA PSI is justly proud that the Constitution has never contained any clause which either excluded or suggested the exclusion of a man from membership merely because of his color, creed, or national origin. The Constitution of KAPPA ALPHA PSI is predicated upon, and dedicated to, the principles of achievement through a truly democratic Fraternity. 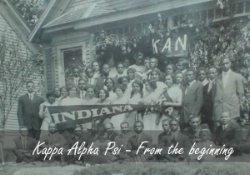 Nu on May 15, 1911, the name was changed to KAPPA ALPHA PSI on a resolution offered and adopted at the Grand Chapter in December 1914. This change became effective April 15, 1915, on a proclamation by the then Grand Polemarch, Elder Watson Diggs. Thus, the name acquired a distinctive Greek letter symbol and KAPPA ALPHA PSI thereby became a Greek letter Fraternity in every sense of the designation.

From its inception, and for the next six years, Brother Diggs served as the Grand Polemarch of KAPPA ALPHA PSI Fraternity. Through his leadership and indefatigable application

, augmented by the efforts of B.K. Armstrong, and John M. Lee, who comprised the remainder of the original Grand Board of Directors, the infant Fraternity was guided through the most perilous years of its life. Accordingly, much of the credit for the organization’s survival through this period is shared by these three men.

From its inception, every endeavor was directed toward establishing the Fraternity upon a strong foundation before embarking on plans of expansion. By the end of the first year, working together, Diggs and Armstrong had completed

the ritual and had commenced work on the coat of arms. Work on the latter was completed during the following summer by Diggs, Armstrong and Lee while they were pursuing employment at a hotel in Fort Wayne, Indiana.

In selecting a suitable motto, Diggs, Armstrong and Lee solicited the aid of a Professor of Greek Art at Indiana Technical College

at Fort Wayne, Indiana. Having adopted a motto which mutually suited them, they carried a sketch of the coat of arms to a commercial engraver in Fort Wayne, from which he made the first metal plate.

For years, in order to safeguard the ritualistic secrets of the Fraternity, Diggs laboriously typed and bound the rituals. It was not until he moved to Indianapolis, Indiana, where he met an old German printer in whom he had confidence, that he entrusted the esoteric materials of the Fraternity to a commercial printer.

In the spring of 1912 Diggs wrote in a little blue examination book the first Constitution, which was adopted in 1920 with but a few revisions. This edition remained in use until 1926 when it was supplanted by the codified edition jointly written by Diggs, J. Ernest Wilkins, and W. Ellis Stewart. In 1957 the Constitution again underwent major revision.

Now substantially established and provided with a Constitution, Ritual, coat of arms, motto, and guiding hand in a dynamic Grand Chapter, the Fraternity was ready for expansion. In the summer of 1912 Diggs visited the University of Illinois at Urbana, Illinois, where he met Earl B. Dickerson, President of the Old “Illini Club.” This club constituted the nucleus of the University of Illinois Chapter, the Beta, which was chartered on February 8, 1913. Gamma Chapter (later changed to Indianapolis Alumni Chapter) was established on December 29, 1913, followed by the establishment of Delta

Chapter at the University of Iowa, on March 7, 1914. The latter was subsequently changed to Gamma Chapter, and the designation of Delta assigned to the Wilberforce University Chapter at Wilberforce, Ohio. Epsilon Chapter, Lincoln University, Pennsylvania, was established December 4, 1915, as the first chapter in the East. Elder W. Diggs journeyed from Indiana to give this chapter his personal and official installation, recognition and blessing.

Thus ended the infancy of KAPPA ALPHA PSI, whereupon the Fraternity embarked upon an era of expansion. Except for the years of World War I and II, when several Grand Chapter meetings were suspended, KAPPA ALPHA PSI has grown and prevailed with unabating impetus.

KAPPA ALPHA PSI Fraternity, relatively early, envisioned the modified attitudes of college administrators and administrations regarding certain frivolous activities previously identified with Greek letter organizations; and it initiated appropriate changes. Among the early changes brought about was the banning of paddling and other forms of physical abuse, and the introduction of constructive endeavors during pledgeship and probation. To date, KAPPA ALPHA PSI Fraternity is organizationally and administratively mature. It moves steadily toward a tomorrow of promise, productivity and influence.

Taken from:
“A SHORT CHRONICLE OF KAPPA ALPHA PSI FRATERNITY”

The Fraternity is still alive and strong today.  There is a bond that last a life time in the men of Kappa Alpha Psi , as well as the commitment to giving back to the community. Unlike most black fraternities and sororities that were established on Historically Black Colleges,

Kappa Alpha Psi Fraternity was founded on a predominately all white campus in its day.  That helped create the comradery within the fraternity , whether it is at a step show or national Conclave, brings Kappa Men together as brothers and leaders of their community.  The advantage of knowing you have a brother in the bond, anywhere in the country, that you can call to find connections or fraternize, has been instilled within the fraternity since its inception and is a trait that still exist today.  You are a member for life in Kappa Alpha Psi Fraternity, from a transition from undergraduate on campus life, through your graduate and alumni activities, into you professional career,  A Kappa Man has a deep rooted history in our Fraternal Bond.