HAFU: The Mixed-Race Experience in Japan
By: Jacqueline Penhos 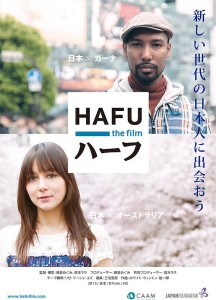 Mixed, Bi-racial, multicultural, mixed breed, mulatto, mestizo/a, HAFU: These are just a few of the terms most people who are more than one race have been called or must hear on a daily basis. If I have to answer the question, “what are you mixed with? One more time I’m going to scream from the top of my lungs. The interracial experience has been an adventure the past 20 years of my life. Watching HAFU hit home with me, the journey was deliciously enlightening and heart rending at the same time. A must watch for any one who is blended or wishes to understand the mixed-race experience. Definitely worth taking a mental and visual journey at the next showing. Its not everyday a film touches your core in a therapeutic and holistic way. Growing up mixed, being pressured to choose one nationality, culture, and race has been second nature to my daily repertoire.

These are some of the similarities many of the HAFU’s experienced in the film. HAFU, a film about being/having mixed roots in Japan. Being bi-racial, Multi-racial, or multicultural can be stressful in any country or society. HAFU presents the mixed factor in an a organically genius documentary, sharing the stories of 5 HAFU’s living in Japan. Do we need to be categorized? HAFU seeks to answer this question, and many important ones similar to it, as it proudly displays the new wave of multicultural families in Japan. As, I mentioned the term “hafu” literally means “half”- this term has both negative and positive connotations in Japan. Similar to the word mulatto or mixed breed in the United States. The film shows how mixed race people living in Japan not only long to be acknowledged, but accepted and understood. “Directors Megumi Nishikura and Lara Perez Tagaki, HAFU’s themselves, present five intimate stories featuring people whose ethnicity and nationality are called into question every day of their lives.”

The film was presented at the Asian Film Festival 2013, in San Diego, Ca. There’s David a 28-year-old 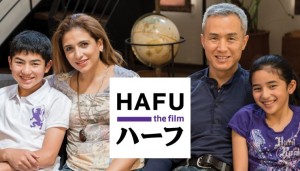 who’s lived in Japan nearly his entire life and is now looking to give back to his mothers village in Ghana (David’s father is Japanese). Or 9-year-old Alex, who leaves Japan to live with his mothers family in Mexico after traumatically being bullied for being different (Mexican and Japanese). Then there’s Sophia who lived in Australia her entire life, but comes to Japan to learn about the language and culture she barely knows. HAFU opens a dialogue about what it means to live in an increasingly global world and accepting our differences. It is my hope that times are changing and that people see, that, Diversity rocks!