Click here to see trailer of Fingerprints
Whether my creativity has expressed itself through poetry, songwriting (ASCAP), fiction, screenplays or drawings, the arts have always been great passions of mine.  Despite being among the few of my time raised without television, film for me became the ultimate canvas.  I started writing poetry for spoken-word performance and was working with local indie singers/music studios in San Diego when I relocated there at the age of 19.  At the same time, I also wanted to write a novel.  Point being, I was writing all the time.   I kept a book (before my lap top days) under my bed called, The Brain Storm, because I never knew when it was going to hit; the need to write something; a melody, a phrase, a poem an opening to a story at 2, 3 or 4 in the morning and I had to get it down on paper before it was lost.  A friend of mine had me show my writing to a writer on Moesha named Norman Vance.  Well, after reading a draft of my novel, Girlfriends, he convinced me into turning it into a script.  I did not, however, know the first thing about writing a screenplay or ever thought of writing for the screen but I did my research and wrote my first complete script.  That was all it took, I was 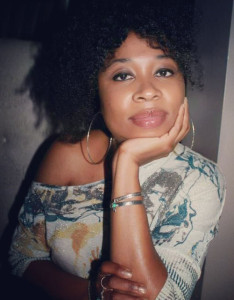 addicted.  The visual arts, the poetry, the characters, storytelling all of it synthesized for me in screenwriting and I was determined to learn as much as I can.  I enrolled in San Diego Community College District and then transferred to UCLA after being admitted into the film program.  I went with the intention of becoming a screenwriter only, but the beauty of the undergraduate program at UCLA is that you have to do everything before you can concentrate in your senior year.  When I saw my first short-film project on the big screen, I became addicted and could not fathom writing without directing.  What I fell in love with is working with the actors.  So for my senior year, I completed the production track stayed an additional year to complete the screenwriting track and immediately applied to the Graduate Directing Program at UCLA.  I felt that at this point in my education – or should I say my journey – I was on the cusp of “becoming” for lack of a better word and if I did not continue my education, my growth as an artist would be stunted.  Thankfully, I was admitted and while completing the directing program also completed (unofficially) the screenwriting program writing several features and television projects as well as producing and directing several short films with Fingerprints being my feature debut.

THE SAN FRANCISCO BLACK FILM FESTIVAL was founded with the artistic vision to provide a platform for Black filmmakers, screenwriters, and actors to present their art. As a competitive film festival, SFBFF identifies filmmakers, screenwriters, and actors that are emerging as talents and established artists who are contributing to the cinematic legacy of African Americans. SFBFF conscientiously expands the notions of “Black film-making” to a global perspective. Hence, film submissions are accepted worldwide from filmmakers and screenwriters who are of African descent and others, or feature actors representing the African Diaspora.. 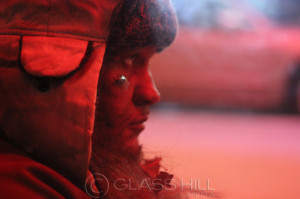 Fingerprints draws us into a world in which an individual is faced with battling demons that only arise from the most opaque recesses of the human mind – the outward manifestation of an internal war that is profoundly human. Gregory Marks is a comedian on the rise who does not realize his comedy is a defense mechanism that masks a dark side he unleashes when pursuing an Oscar-worthy performance in a dramatic role that sends him spiraling into madness. As a Juvenalian satire, 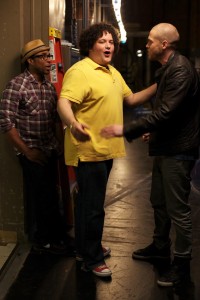 Fingerprints blurs the line between comedy and tragedy and like Black Swan and The Fighter it will catch you off guard as a psycho drama but with an urban twist anchored in the competitive world of the entertainment industry.

The idea of Fingerprints began with me wanting to explore the vulnerability of comedians and what caused them to implode under pressure.  At the time I began writing the story, almost every major comedian we all knew and loved had had some type public breakdown and by the time I was in post Kevin Hart had his Laugh at My Pain tour and Katt Williams was struggling.  For me the script was a great vehicle to explore the fragility of human nature by placing it in the superficial world of entertainment.  So I created this world based on popular misconceptions of what it means to work in Hollywood and be famous. I adore actors; the fragility, the vulnerability, the process.  Watching a great performance is like watching someone exposed, no skin, nerves raw and I am often time frustrated with those who do not respect “the process” arbitrarily assigning themselves the title of actor with absolutely no training or understanding of the psychological toll it takes to become great at the craft. 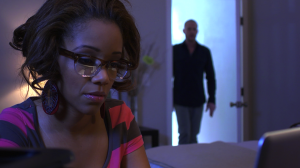 What better way to explore the fragility of someone who hides behind his defense mechanisms as a comedian than to force him to delve into what he has suppressed while placing a level of trust in someone else’s hands (i.e. the director, acting coach, etc.) that for most is way to much to ask.

The San Francisco Black Film Festival will be taking place at the theater in YOSHI’s (The Jazz Heritage Center’s Media & Education Room and the Burial Clay Theater (@ the A.A.A.C.C.). There will be special events and a Filmmakers Lounge for media types to socialize and network. Forums discussing the state of Independent Film and how you can cash in within the new environment as Online Streaming fights for good content. There will be a music aspect as well as we discuss “Scores” and show music documentarys supplemented by live shows with Q&A’s. This is the place how to find out how to get that project done within your budget parameters and find out how DIY are getting the job done. This festival is for everyone and everyone is invited! Come share the culture that helped shape San Francisco and enjoy great films that are of entertainment and importance to all.

Other notable selections include Lion Of Kings fea. Cuba Gooding Jr. and Dennis Haysbert; That Daughter’s Crazy: Rain Pryor; The cChanging Faces of Harlem and Black and CUba.  Visit www.sfbff.org to get the full list of films and times, as well as events for the film SFBFF weekend. 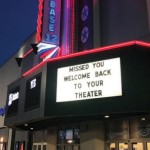