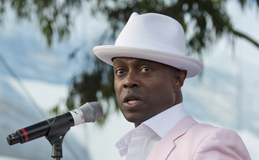 He wrote, produced, and financed his self-released debut album, Kemistry, with his    American Express and singing top 40 cover tunes in a wedding band and waiting tables. He was later signed by Motown Records in November 2001, who re-released the album on February 25, 2003, and sold more than 500,000 copies nationwide. The album’s first single, “Love Calls”, became a hit at urban contemporary and smooth jazz radio, and USA Today pegged it early on as a “Motown classic.” His debut went gold-plus. After finishing high school, KEM dealt with homelessness, addiction and isolation from his family. He did not overcome these issues until he turned to spirituality and music, as he has said, “My career didn’t take off until I connected with my spirituality. That’s why I take time on stage and on the album to administer spirituality to people. That’s one of the things that I am most proud of.” Kem Is also very well received by older listeners of R&B/Soul for his classy sound and not incorporating elements of Hip-hop music. He has two daughters, Troi and Laylah.

To read more on KEM and see more exclusive images not seen anywhere, subscribe to The Image Of Magazine.

The Image Of Magazine brings the most in depth view of your favorite artist, celebrity or athlete today and in the past.  Our feature story are 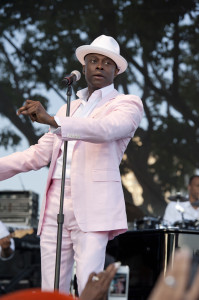 not edited or tailored from our story writers perspective.  Our feature story is given to you by the artist themselves on The Image they see or would like the world to know.  We also will capture exclusive Images while in the moment.  Whether they are on stage, behind the camera, training, rehearsing or just leisurely living their lives, we will deliver an immortal image for fans to hold onto forever.

Our photo journalist are some of the best from around the world.  We find photographers that are very capable of capturing that in the moment perspective and give you that feeling of being there in that moment.  Most feature stories are scripted in a way to show a made up view of the feature.  Our features want to be seen and want to show the “real” side of their life, instead of the tabloid version that is out to just sell a story..fact or fiction.  TIOM readers will get it directly from the source,