Deebone founded Deebone Productions in October 2003. The intent was to produce affordable and entertaining productions including plays, spoken word, comedy, talent and variety shows. The first show, a spoken-word concert called “Spoken Expressions”, produced in January 2004 was a sell-out. Because of the success, “Spoken Expression II” and “Spoken Expressions – The Show” were produced the following February and March. In April 2004, Deebone produced “My Father, My Father,” a play written by her client. The play received overwhelming positive comments from nine Community Actor Judges. The Judges described “My Father, My Father” as excellent, captivating, magnificent, profound, moving, awesome, professional, outstanding, superb, superior, extremely emotional incredible and done-perfectly. It were these comments which led Deebone Productions to receive the Aubrey Judge’s Award on behalf of actors and director. Other shows produced include a fashion dinner auction show, musical revenue, jazz concert, variety show, talent show, numerous comedy shows and Deebone’s first written stage play “Memories of Best Friends”. Following the stage play, was her first original written musical revue vignette “Vanilla, Chocolate and Caramel Too!” in 2007. Her second original musical revue vignette, “Choo, Choo”, was staged in 2010. “Harlem Today” is also an original musical revue vignette being staged in June 2013. 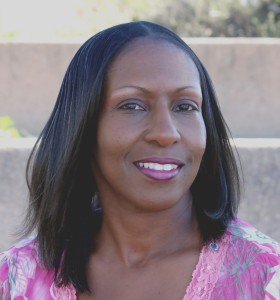 Dee (Deebone) Brooks is the sole owner of Deebone Productions and a graduate from the University of Phoenix with a Business Marketing Degree. Born and raised in San Diego, she is the youngest of five children. Her father was born in Terrell, Texas; her mother in Kaufman, Texas. Known for being well-organized and a stickler for time, you can expect her productions to begin timely. Quite frequently, you can expect to be treated with something free at her productions. With the exception of the “Choo, Choo” flyer, Deebone has designed all of her flyers and programs. In addition to owning a production company, she is employed as a Business Systems Analyst.

Dee produces and funds all productions with original content and music. Her productions have grown in size and visibility within the play circuit. She is currently casting for her next production…

I have openings for actors and actresses 17 years of age and older.  Someone suggested I checked with your group.  The name of the show I’ve written is called “Whatcha’ Gonna Get’. It is a multiple skit vignette. Skit selection isn’t made until the cast is intact so I do not have any specific information to provide. There will be 9 – 11 skits. All skits have acting, some have dancing and some have singing. This production will provide a couple of actors the opportunity of Directing or co-Directing a skit to add to their resume. There are choreography opportunities as well. Compensation is a targeted stipend + $5 per ticket sale. Rehearsals are 2 days a week + Saturday.  Rehearsals will increase to 3 days + Saturday  closer to the show date. Ideally, I would like to secure 2 more actors and 1 more actress of any ethnicity.   The first cast meeting is this week so I’m finishing up auditions within the next few days. If you know anyone interested, please have them email me whatchagonnaget@deeboneproductions.com 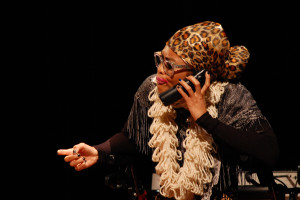 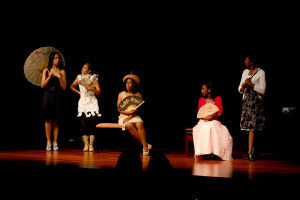 The production will be held at a beautiful location in National City.