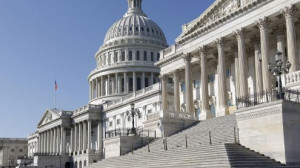 What if we could change the way our elected officials served their time in office by voting on their pay scale? It would be interesting to see how efficient our congress could actually be if they were forced to do their jobs, right?

For the 2013 calendar year, Congress has already planned to take 239 days off; this seems to be quite disproportional to the number of vacation days the average American employee is granted which is only 13. That is over half of the year that our elected officials have granted themselves while they have yet to approve one single day required time off for the rest of us.

Americans are not required to obtain a certain number of vacation days by the government, yet other countries such as those in the European Union get four weeks mandatory paid vacation. Apparently Congress has decided that they are worthy of paid time off while we all wake up and go to our places of employment and have to do actual work.

The average pay for a United States Senator, according to Senate.gov, is a staggering $174,000 per year of service. These representatives are elected into office by the people to run this country while they allot themselves over half of the year for time off making nearly $73,000 more than a married couple at the high end of the middle class. — (The Distribution of Household Income and the Middle Class)

On top of their ridiculous salaries, which is provided by the taxpayers, are the health benefits, travel expenses, and other things that we might not have heard of which are provided to Congress. There are funds allocated for things such as a “furniture and furnishing allowance”. Yes, you read that correctly. Congress is allowed $40,000 for state office furniture and or furnishings. — “Each Senator is authorized $40,000 for state office furniture and furnishings for one or more offices, if the aggregate square footage of office space does not exceed 5,000 square feet. The base authorization is increased by $1,000 for each authorized additional incremental increase in office space of 200 square feet.” – (Congressional Salaries and Allowances Report)

Congress gets paid far better than most Americans while doing less than half the work that is expected of them. “We the people” elect these individuals to oversee our government and we expect them to do their jobs, which clearly they are not doing very well. If an American worker wanted to take over half the year off for vacation they would be laughed at and told to get back to work. If Congress decides to do the same thing, not only do they give themselves that time off but WE pay for it. We don’t want to pay taxes for “the takers” in this country and yet some of the worst offenders of “taking” are our elected officials. Congress doesn’t want to provide universal healthcare and yet they have it provided for them on our dime. There are serious matters to be dealt with such as the Sequester and yet instead of formulating some sort of compromise, they went on vacation.

Elected officials need to be held to the same standards as the rest of Americans. Their pay should be based upon results, just like any other job in this great nation. If they choose to do nothing, then they should not be paid for it. Why should we allow them to use our tax dollars to give themselves a vacation especially in a time of crisis when decisions need to be made and policies need to be put into place to solve an issue?

If we don’t do what is expected of us at our place of work, we are reprimanded or fired; this should apply to congress as well. Congress has become lazy and less productive compared to the last 4 decades and according to The Huffington Post, congress is at the lowest approval rating it has had in the last 38 years (10%). We do need a change, and it involves our leaders stepping up and doing what is expected of them.

Contrary to what they may believe about themselves, Congress should not be and exception to the rule. They are not special, but rather elected officials who should be paid based upon performance and allowed the same number of vacation days as the average American. In my opinion, they should also be required to use the same healthcare plan as the rest of America so that they can perhaps gain some perspective. After feeling a smaller version of the pain the rest of average Americans have to suffer, they just might find a way to improve many things that could make the United States a better place. We elected every individual into Congress, so if they aren’t serving the people we can vote them out of office for better candidates.