What to expect at the Grammy Awards

Home > Entertainment > What to expect at the Grammy Awards

What to expect at the Grammy Awards 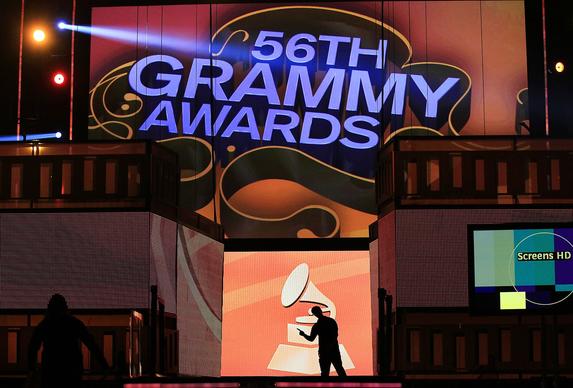 Crew members return from a lunch break at rehearsals for the Grammy Awards telecast.

The stars will be out in spades — hopefully in perfect harmony — on Sunday for the 56th annual Grammy Awards.

Hosted for a third straight time by LL Cool J, “Music’s Business Night” will raise its curtain live at 7 p.m. CT on CBS.

Here is what viewers can expect from the ceremony, from the pre-show to the final performance:

Performing “Music’s Biggest Night” would be incomplete without performances from some of its biggest stars. Madonna was officially confirmed on Friday. Green Day frontman Billie Joe Armstrong and Miranda Lambert will perform a duet in tribute to Everly Brothers musician Phil Everly, who died earlier this year. Trombone Shorty & Orleans Avenue, and Juicy J were also among the latest batch announced to play at the big show.

And of course, there’s the Beatles — at least, the remaining ones. Paul McCartney and Ringo Starr will perform and receive the 2014 Recording Academy Lifetime Achievement Award. Sara Bareilles and Carole King are also scheduled to perform a duet together.

As for the grand finale: Dave Grohl, Lindsey Buckingham, Nine Inch Nails and Queens of the Stone Age will share the stage.

As if that was not enough, Alicia Keys, Juanes, Cyndi Lauper, Jared Leto, Bruno Mars and Martina McBride will be joined by Miguel, Yoko Ono, Smokey Robinson, Ryan Seacrest, and Steven Tyler.

Pre-Show The 56th Annual Grammy Awards Pre-Telecast Ceremony takes place at the Nokia Theatre L.A. Live on Sunday, Jan. 26, from 1-3:30 p.m. PT, and present the first Grammy Awards of the day in approximately 70 categories. The ceremony will be streamed live internationally here.

ALBUM OF THE YEAR

RECORD OF THE YEAR

"Locked Out of Heaven" – Bruno Mars

SONG OF THE YEAR (Songwriter’s award)

"The Next Day" – David Bowie

"Trouble Will Find Me" – The National

"Love in the Future" – John Legend

40+ things to do in Chicago this weekend