Rawcus Is the Rapper Behind the Viral ‘White People Crazy’ Video

Rawcus Is the Rapper Behind the Viral ‘White People Crazy’ Video

“White People Crazy” may be the first viral song of 2014. In only two weeks on the Internet, the music video has received over 200,000 views. Jamilah Lemieux at Ebony has called it the record of the year. Marisa Kabas at HyperVocal, Forrest Wickman at Slate, and Akoto Ofori-Atta at The Root have all sung its praises. Even YouTube commenters, otherwise known for their unflinching and vocal hatred of everything, have praised the song, albeit in their uniquely malignant way.

In a rare email interview, the anonymous Atlanta-based rapper Rawcus tells me that he “had the idea in my head for a long time to make a song called ‘white people crazy.’” Apart from the beat-maker, whom he does not know personally, Rawcus was the only person involved in production. He mixed the song using YouTube tutorials. “White People Crazy” is available for sale online at iTunes and the Google Play store along with the four other songs that make up his first EP, Fake It Till You Make It.

“The lyrics,” Rawcus says, “were just written from the standard society perception of white people. Some of it even from stuff I’ve seen at white friends’ houses like their moms kissin’ the dogs on the mouth. I witnessed that like 20 times.” 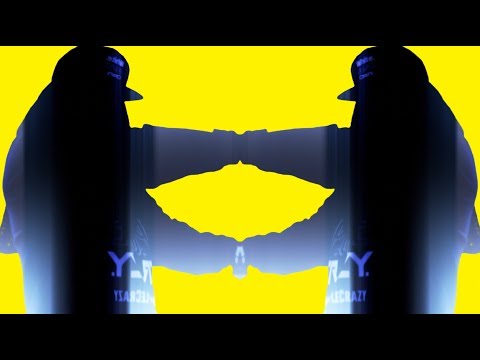 If it has struck a chord with American audiences, it is perhaps because lots of people have seen their white friends kiss dogs on the mouth, but also because the “White People Crazy” music video is a sometimes funny and persuasive argument with visual examples of crazy white behavior, a rubric by which to measure the level of white crazy, and a catalogue of public figures whose actions are both recognizably white and justifiably insane.

Rawcus has to provide a solid argument in his rhetoric to make such an accusation, even in jest. The first time he states his thesis, the music video for “White People Crazy” begins its epic documentation of white specific mental illness by showing a YouTube video of some young white man, dressed as Santa Claus, jumping off a roof and through a patio table. Other prominent examples include a white man setting himself on fire, another white man voluntarily sticking his hand into an alligator’s mouth, and several more white men setting themselves on fire.

A bio that has since been removed from his website tells a little about Rawcus before he took the name. His mother made ends meet however she could, but her husband, Rawcus’s step-father, regularly terrorized both mother and son. Fed up with the abuse, the rapper who would one day become Rawcus allegedly killed his stepfather during a particularly violent attack on the young man’s mother. For this, Rawcus allegedly spent several years in prison for manslaughter.

In his music video, his face is covered. When asked under what conditions he would show himself, Rawcus offers a deal: “$10,000,000 I’ll take this mask off right now.” Although maintaining that anonymity has its price. “The biggest drawback is signing contracts,” he says. “If I sign a contract with my legal name people can trace that. Everything legal and worth making money from is like a maze. It is a fun process figuring all of this out though.”

Maze-like is a kind way of describing the economic landscape for Americans in the South, particularly Atlanta. In a recent pair of articles on the state of economic mobility in the United States for The Atlantic, senior editors Matthew O’Brien and Derek Thompson both acknowledge that the odds of making it in Atlanta are “worse than any developed country we have numbers for.” Of the 50 largest cities in the United States, Atlanta has the 49th lowest rate of upwardly mobile children.

Because Rawcus is protecting his identity, revealing more details of his past could put that anonymity in jeopardy. Not revealing his real name and face has already prompted questions in the media over the veracity of his story, his song, and even his race. EliteDaily has called his bio “hilarious.” Even Jamillah Lemieux at Ebony, who otherwise praised the song, has said “we really could be getting punked by what would be the greatest White rapper to ever do it” although she also admitted it could be “…a biracial dude from Atlanta, who I would say has EVERY right to call White people ‘crazy.’” (Oddly, no one suggested that Rawcus is a woman, although given how easy it is to disguise a voice, and how little identity Rawcus reveals, that is equally plausible.)

It was prison where Rawcus perfected his lyrics. “We would rap every day,” he says. And his talents earned him the name. “I had a Haitian in the cell next to me. And he would say ‘You raw cuz’ and it would always sound like Ruckus… and I was diggin’ that heavy. So I just started goin’ by Rawcus.”

Criticisms of white people, and especially insinuating that they are crazy, have to come with a punchline. Rawcus insists that the song is meant to be taken lightly. He says, “The great thing about the song is that it is [political and fun]. It is in no way meant to be offensive. I tested the song with the few white people I knew before I released it. They loved it. 95% of white people are loving it. Anyone with a sense of humor understands that it is true and what is true and poked at in music is generally funny.” The returns speak for themselves, according to Rawcus “most opinions are saying ‘YES, I want more.’ People rarely purchase music now a days, my iTunes numbers and T shirt sales speak for themselves. You think people offended by something would give it money? (Pauses for your response as you say nothing) … Exactly!”

In a music industry that has unsuccessfully attempted to thwart piracy by means both fair and foul, Rawcus manages to achieve both the widespread Internet recognition that is so desperately necessary to an emerging artist, and a built in marketing strategy. In the middle of the free version, Rawcus stops the song to alert listeners that they are hearing a stolen track, but that they can buy a version of the song, sans bulletin, at iTunes. He then resumes his analysis of crazy white people.

It is in the final verses of “White People Crazy” that Rawcus turns his attention from the minor characters who hurt themselves on the Internet to the celebrity culture in America, a place where no one is above ridicule or the creeping specter of crazy whiteness. From President Barack Obama to Homer Simpson, the parade of figures that thebertshow.com has called “a ‘We Didn’t Start the Fire’-style list of, well, crazy white people” also features Charlie Sheen, Martha Stewart, and the grand master of crazy white people hurting themselves for fun and profit, Johnny Knoxville.

Suddenly faced with encouraging prospects, Rawcus says, “Honestly the further I can get away from my past the happier I will be… the thing that is most important right now is that there is a bright future. I try not to speak about my past.” But he maintains an air of caution. When asked what advice he has for other emerging artists he says “Illuminati is real so I hope you have your shit together when one of your songs pop off. Oh, and lawyer up.”