“She was the wildest, funniest, cleverest, wittiest and the most bonkers of all of us,” her father, Bob Geldof, said in a statement. LONDON—Peaches Geldof, the wild-child second daughter of concert organizer Bob Geldof who filled the pages of British tabloids with her late-night antics as she flirted through the fashion and celebrity world, was found dead Monday at age 25.

There was no immediate word on the cause of her death at her home in Wrotham, Kent, southeast England, but police called it “unexplained and sudden.”

The news came as a shock to Britain’s entertainment and fashion circles, where Peaches had been active as a model, television presenter and fashion writer. She was a frequent attendee at fashion shows and was photographed just last week at a London show for the Tesco brand F&F.

Peaches was only a girl of 11 when her mother Paula Yates died of a drug overdose in 2000 and those who knew her said it hit her extremely hard.

The last tweet Peaches sent on Twitter came on Sunday, when she posted a photograph of herself as a toddler with her mother and the caption: “Me and my mum.”

Her father and family issued an anguished statement Monday about her death.

“Peaches has died. We are beyond pain. She was the wildest, funniest, cleverest, wittiest and the most bonkers of all of us,” Geldof said. “Writing ‘was’ destroys me afresh. What a beautiful child. How is this possible that we will not see her again? How is that bearable? We loved her and will cherish her forever.”

The statement was signed by Bob, Jeanne (his partner), Peaches’ sisters Fifi and Pixie and her half-sister Tiger Geldof. 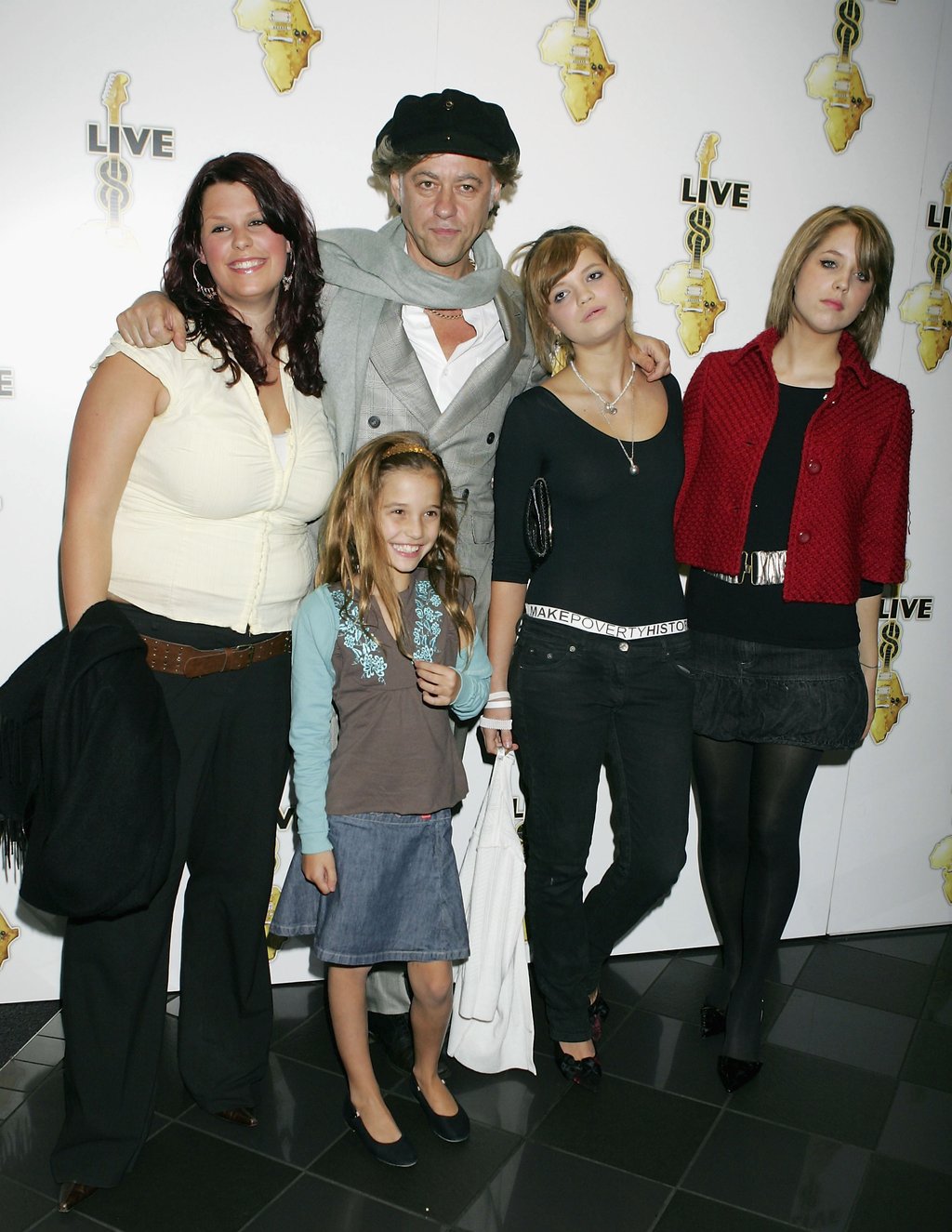 Kent police declined to name Geldof, but when asked about her death they said in a statement that officers were called to a house near Wrotham following a report of concern for a woman’s welfare Monday afternoon. They said the 25-year-old woman was pronounced dead by emergency officers and that the death was being treated as “unexplained and sudden.”

In an interview with the Guardian in 2009, Peaches acknowledged that she used drugs before but said she had stopped.

“’Yeah, I’ve taken drugs. Yes, I have had experiences, and a few of those experiences were unsavory, not ones I want to repeat, but I was growing up. I wanted the experience,” she told the paper.

“I wasn’t hugely into drugs, and I’m sober now,” she added. “I’m not Amy Winehouse. I never have been. I wasn’t a crackhead.”

Peaches Geldof’s last tweet on Sunday was this photograph of herself as a child and her mother, Paula Yates, who died of a drug overdose in 2000, with the caption: “Me and my mum.”

Her first marriage, at age 19 to Max Drummey, a vocalist with U.S. indie rock band Chester French, began at a drive-through chapel in Las Vegas. It lasted six months and ended in 2009.

Her second marriage was to Tom Cohen, lead singer of the defunct London punk band S.C.U.M.

“My beloved wife Peaches was adored by myself and her two sons Astala and Phaedra, and I shall bring them up with their mother in their hearts every day. We shall love her forever,” Cohen said in a statement.

Reaction across Britain was disbelief.

“It’s very, very sad. Peaches has overcome a lot in her childhood, seemed to be getting her life together. You hear something like this and words can fail you. It’s just tragic, terrible news,” Ray Levine, Peaches’ former publicist, told Sky News.

“Having to deal with the death of your mother at such a young age would be difficult for any child, let alone someone in the public spotlight. But Peaches overcame that,” he said.

It was not easy being the daughter of a famous, wealthy father and Peaches struggled with a turbulent social life. In 2010 she was dropped from a lingerie modelling contract after photographs showing her topless and allegations that she used drugs surfaced.

Bob Geldof, 62, rose to fame in the late 1970s as the lead singer of the Irish punk band The Boomtown Rats. He became an internationally renowned social activist in the 1980s by marshaling the power of his fellow music celebrities, most notably as co-organizer of the 1984 Band-Aid movement and the following year’s Live Aid concerts that raised millions for famine relief in Ethiopia.

The fund-raising song he co-wrote, “Do they Know It’s Christmas?” featuring an ensemble of pop stars remains a radio favorite in Britain and Ireland at Christmastime.

Peaches’ late mother Paula Yates, herself a TV presenter and darling of the tabloid pages, divorced Bob Geldof in 1996 and had a child with INXS singer Michael Hutchence, who died the following year in an apparent suicide.

tweeted the news of Peaches Geldof’s sudden death, calling it “another awful tragedy in that family.”