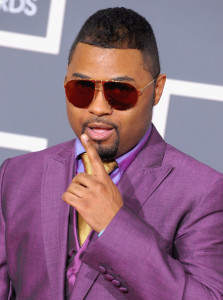 When you listen to Musiq, you know he is a musical talent. When you meet the man behind the Musiq you realize there’s more to him than what you hear. We recently held a show for Breast Cancer Awareness month and it reminded me of what Musiq Soulchild has accomplished and why he is still “Just Being A Real Man”. Here’s the article…

The one thing that stood out the most about Musiq was his kindness and giving.  After the show at the 4th And B, we spoke with him personally about some of the things he has done and achievements  in music.  He stated to me that he appreciated that I book him to do the show… a full show with a band and everything.  He said that most acts and venues are so into the appearance and not the talent of performing.  He thinks that waters down the industry and true music.  He also said he only had 30 minutes after the show to do pictures, without a fee charge by the way, with a select few fans.  Well he actually stayed for an hour taking pictures with anyone who came to the photo room and spoke with them on a personal level.

That leads me to this.  I also found out that he was an ambassador for the Susan G. Komen For the Cure.  He spoke about being a part of the movement and said he was honored to be a part of it.

(2010) Musiq Soulchild recently announced his new role as an Ambassador for Susan G. Komen for the Cure, Circle of Promise, a movement designed to further engage black women around the globe in the fight against breast cancer.

In his new role, Musiq will raise awareness about breast cancer so that younger women know the importance of early detection and why it’s important to pay attention to their bodies.

“Early detection is the key to winning the fight against breast cancer,” said Musiq. “Too often, black women are diagnosed in stage three and four when breast cancer is most difficult to treat. Some women are afraid to seek treatment for fear of losing their breasts or their hair. One’s physical appearance is much less important than the will to live. It’s time to remove the stigmas that are attached to this disease.”

Take a few minutes to check out Musiq’s  video “Yes”, which features breast cancer survivors from the metro Atlanta area. The video was directed by Juwan Lee.

When I saw the video I knew I had not only booked a great musician to do the show, but also a great person who is  just a good ole fashion real MAN that does support women and their cause.  He gives back as much as he can.  When I now look into producing show, I want the quality of the person as well as the talent. 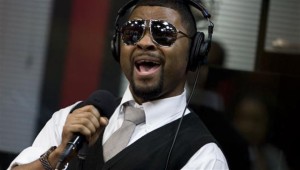 So for the remaining days of Breast Cancer Awareness Month we will feature the music of Musiq.  Check out Musiq at www.musiqsoulchild.com.  If you missed his show last year at 4th And B you missed a real talent that knows how to entertain his audience.  We are looking forward to bring Musiq back to SD in 2014.  Stay tuned…

Musiq was born in Philadelphia, Pennsylvania and is the oldest of nine children. At an early age, Musiq left home and dropped out of school at the age of 17. It was during that time Musiq started to build a reputation for being musically gifted, beat boxing for MC’s, free styling on the open mic circuit, scatting at a jazz club, or just performing a cappella in the streets of Philadelphia, which is where he got the name “Musiq” and later added “Soulchild”, which is intended to respect and represent the legacy and traditions of past soul artists. He cites as his inspiration such icons as Stevie Wonder, James Brown, Patti LaBelle, Billie Holiday, Sly & the Family Stone and Ray Charles.

“There were people who knew of me but they didn’t really know me; they just knew me as ‘that music dude.’ So after getting that so much, I was like ‘Just call me Musiq.’ It was so fresh to me because if I had to be called anything, I would have wanted to be called Music. That’s how much I dug it; when you see me, I want you to automatically think of music.”[1] The nickname Soulchild came from two ideas. Musiq quotes it as, “Musiq Soulchild is technically two ideas. ‘Musiq’ is the front man and ‘Soulchild’ is the idea behind it. It’s basically me as an artist in this generation, representing the traditions and the legacies of the past soul stars.”

More than any song produced and performed by Musiq Soulchild, “Love” is and will always be the song most of his fans will identify as his signature song.   The words, melody, arrangement and delivery pushed him to the top of the R&B charts.  The “Philly” sound became known to the rest of the industry and the world.

Outside of music, he has been featured in television and print ads for McDonald’s, Nike, Inc., Coca-Cola, Levi Strauss & Co. and The Gap. He made a special appearance on The CW’s #1 comedy The Game on Monday,  as well as the UPN sitcom All of Us. On June 25, 2012, Musiq released a book on love and relationships titled “143 – Love According To Musiq”.