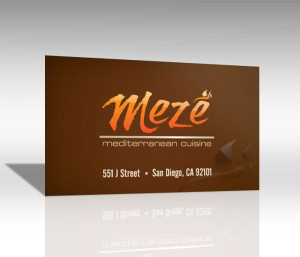 The quaint boutique restaurant known simply as Meze was the meeting place for the first Exhale Premium Cigar and Events meet up.  Geared towards the cigar aficionado and those who love pairing sophisticated drinks with exotic foods, Exhale Premium Cigar and Events was designed to bring together a few friends, as well as enjoy the company and surroundings of the Gaslamp Quarters.  It accomplished that and more.  With San Diego known for having some of the best cigar lounges in the country, more than a few friends attended the first gathering at Meze.  The guys known as Big Tony, Downtown Bobby and Corey put this event together because of their love for cigars and their long standing affinity of downtown San Diego. Relax folks, they’re just regular guys.  With the few friends they invited to EPCE, the word got out and the crowd came 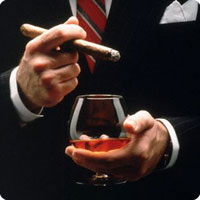 .  Those looking for great aromatic flavored cigars got 2 stix from one of San Diego’s notable cigar lounges.  Those coming for drinks and libations were treated with samples of some great martini’s, well drinks and wine selections.  And the cuisine from the kitchen of Meze Greek Fusion was definitely the pallet pleaser of the night.  The food selections were as authentic Mediterranean as being in city of Santorini.

Monday November 25, the second installment of EPCE “Thanksgiving Cigar & Dinner” will be held again at Meze, hosted by NFL great Vincie Glenn ( San Diego Chargers, Minnesota Vikings) and a few of his friends.  Those that know Vincie know that he is a cigar connoisseur, but getting him to take time from his travels on the golf course is a feat within itself.  Specialty drinks, 2 complimentary cigars from Racine & Laramie, one of San Diego oldest and notable cigar shops located in Old Town is only the topper.  The food pairing presented buffet style, will again blend perfectly into the start of a festive Thanksgiving week. 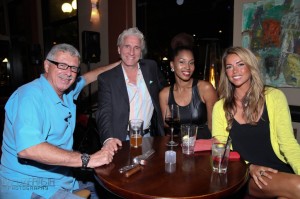 The night is not just another guys night out, hoping pretty ladies would by chance come and join them. The ladies that came were not there just as eye candy.  They were aficionados of the smooth spirits, foods and stogies, but also assured that that last back glance in the mirror stated “Damn…even I would want to date me”.   San Diego has had many  cigar clubs, dining clubs and wine and spirits clubs, but none have been able to put them all together as did the guys from Exhale Premium Cigars and Events.  The events will be scheduled monthly at various locations throughout San Diego in 2014, but Meze   in the Gaslamp seems to hold its own in hosting the night.  They added their own sensual flair with an exotic belly dance that made the smoke stand still before it evaporated into the air.  The music pairing of Jazz keeps the mood light but at times make you wanna move a thing or two.  With Missy Anderson unique style of Jazzy Blues and Sacha performing the rhymetic beats of Latin Jazz, the live entertainment for a  Monday night will match any Friday or Saturday night club.  This night life event will become one of San Diego’s notable destinations in 2014.

Meze Greek Fusion Restaurant, opened over a year ago by brothers Patrick & Raymond Davoudi, is known for their culinary excellence, enlivening atmosphere, and world-class service. Cuisine

for the evening will be provided buffet style with a variety of options. Live entertainment will be provided by Grammy nominated Sacha Boutros, and the renowned vocal artist Missy Andersen. There will be a Cigar Art Auction, featuring two local San Diego Artists. Your reservation includes two Premium Cigars, a drink, and a delicious meal, a great place to net-work, and a memory to last a lifetime.

Priority Reservations are $40.00 per individual.

Reservations are filling up fast! Click below to place your reservation now!

So ladies, before all the stuffing sets in from the holiday feasting and the battle ground at the malls on Black Friday commence at midnight…guys before you’ve been simplified as just a reindeer leading the the shopping sleigh or just an arm for shopping bags to rest on, take some time to for yourself…who knows when you’ll get a chance to sit back and Exhale. 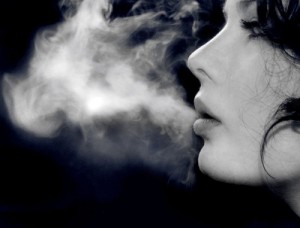 Come Exhale With Us