“GOD’S NOT DEAD” …, Freedom Of Religion

“GOD’S NOT DEAD” …, Freedom Of Religion 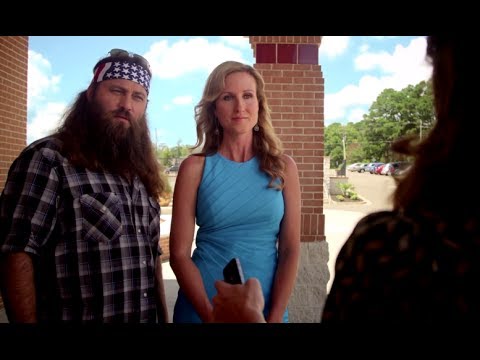 SCOTTSDALE, Ariz., Dec. 23, 2013 /PRNewswire-iReach/ — In a case of art imitating life, Willie Robertson and wife Korie play themselves in a forthcoming movie titled GOD’S NOT DEAD where they are ambushed by a reporter. Similar to the situation patriarch Phil Robertson recently faced, Willie and Korie Robertson share their beliefs with the reporter openly in a scene the film’s producer calls "uncanny".

"There is so much similarity in the plot of the film GOD’S NOT DEAD in Willie and Korie’s scene with what’s taken place this week with Phil Robertson," said producer Russell Wolfe. "Freedom of speech and freedom of religion are being trampled on in a country where media bias is more rampant than ever. Our film’s purpose is to help Christians unite, stand together, and change the world."

"What happened to Phil Robertson is an example of the type of oppression Christians face in this country and it’s why our movie is so important," said Wolfe. "It is obscene how often faith is suppressed and silenced in the U.S., where supposedly we have freedom of speech and religion. It happens in media, it happens in business, it happens in relationships, and it happens in our classrooms, as our film shows."

In GOD’S NOT DEAD, college freshman and devout Christian Josh Wheaton (Shane Harper) finds his faith challenged by the dogmatic and argumentative Professor Radisson (Kevin Sorbo) who requires his philosophy students to disavow the existence of God on the first day of class, or face a failing grade. Josh finds himself having to choose between his faith and his future. Can he fight for what he believes? Can he prove the existence of God? Intertwined with the main plot, a dogged reporter searches for answers, leading her to ambush Willie and Korie Robertson where they explain their beliefs.

"The movie’s plotline of being bullied for your faith has been made very real this week as a TV network has effectively suspended a star for asserting his Christian viewpoint," said Wolfe. "We show this type of oppression in our film through a student in a class, through a Muslim girl in her home, and through a woman in a romantic relationship with an atheist. Through this movie, we offer people a chance to be included in a movement to stand up and assert their rights to own what they believe and that’s been really positive for viewers."

"The social media response to the movie has been incredible," said Ash Greyson of Ribbow Media, a consultant to the film GOD’S NOT DEAD. The film currently has almost half a million fans, which is an unusually high number according to film industry insiders. "We believe people of faith were just waiting for a rallying cry to join a movement and it’s coalescing around this film. We’ve seen increased activity in the wake of the Phil Robertson story. It’s as if Christians have reached a tipping point and have decided to make a stand in solidarity with each other spurred by the movie GOD’S NOT DEAD."

"We’re already close to maxing out several VIP screenings to this film. As word spreads, pastors and people of faith are clamoring to get a sneak peak before the March 21st release," said Barry Landis, a marketing consultant for the film. "We will be screening the movie in forty-five cities ahead of release and are showing the trailer at Winter Jam concerts all over the country. We’ve got thousands of churches lining up to purchase tickets on opening weekend. It’s a fever pitch from our viewpoint."

"I have spent my life trying to prepare students for their future, knowing that the majority of the secular higher-ed institutions have created a culture that seeks whose faith it can devour," said Dr. Jay Strack, president of Student Leadership University, in a statement representative of the reception the film is receiving universally from conservative and church leaders. "With grade "A" stars and quality production worthy of the big screen, this is a must-see movie. How cool is it to have the stars who played Hercules, and Superman watch a college freshman show Herculean strength and supernatural faith?"

About Pure Flix:
Pure Flix is the largest inspirational film studio in the world and has produced, acquired, marketed, and distributed over 75 faith and family-friendly properties. With a mission to transform the human spirit through values-based entertainment, Pure Flix is the industry leader in creating high quality inspirational feature film content. www.pureflix.com

To view this video on YouTube, please visit: http://www.youtube.com/watch?v=IrmBiLM5xjg