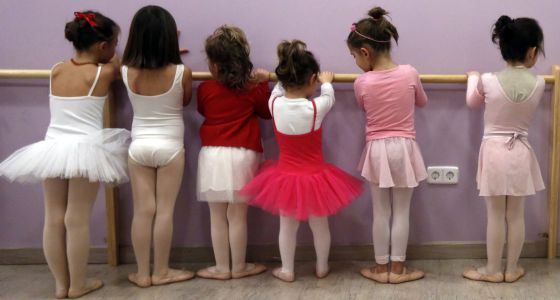 Many of today’s generation of first-time parents living in the Spanish capital grew up during the 1990s, benefiting from the thriving independent, or indie, arts and music scene. Far from the stereotype of the out-of-touch, old-fashioned parent, these hip mothers and fathers are very much aware of modernity. As a result, they tend to be critical of the traditional activities on offer for children, typically involving the puppet theater or fairy stories that their own parents grew up on. They treat their children as young adults, intelligent and discerning, preferring to organize activities that open them up to music, cooking, art and architecture, and never, ever, talking down to them. Will this produce a new generation of hipsters? Here are a few suggestions around Madrid…

– Opera for children. "Almost" is the name of a young girl who is losing parts of her body (nose, eyes, an arm…) and also being chased by the evil Mr Red. This is the beginning of a story devised by Blanca Lacasa, a journalist, writer, and former member of the band Plastic D’Amour, who decided to create an opera with musician Alberto Mate. "It would be such a great idea to turn this into a pop opera for children," they thought. And so they did. For their first record, La Fantástica Banda de Casi (Casi’s fantastic band), they brought in Spanish rock ‘n’ roll singer Loquillo to sing the part of the evil Mr Red, then persuaded other well-known musicians such as Jabier Muguruza, Julián López (of TV comedy series Muchachada Nui) and Malcolm Scarpa to take part. They have staged the show in several theaters in Madrid, including the Casa de Vacas and the Teatro Lara, and will be performing it at the upcoming 2014 Teatralia festival in the capital. The group comprises 12 people, including a small Greek chorus, with vocal contributions from singers Aroah and Irene Tremblay. Lacasa’s book, Casi, un musical, illustrated by Puño, is published by Narval. She is currently preparing her second self-published project.

– For the lucky ones. ¡Glück!, which means good luck in German, is the name of a shop run by María Blanco, who got the idea during a trip to Berlin. "There really isn’t anything like this in Spain," she says. The shop sells clothes, toys, decorations and books, along with all manner of miniatures and limited editions: "We have a wide range of things, and just about something for everyone. Old-fashioned parents will find something of interest, as will more trendy parents, bohemians, or sophisticates," says Blanco. The shop aims to combine children’s and adults’ leisure activities, for example, by hosting concerts by pop groups with appeal across the generations. "We’re not talking about children’s music here, the groups who play here perform their normal repertoire, but unplugged, because there isn’t much space in the shop," says the owner. The things on sale are both modern and appealing – it’s a shop for lucky children. 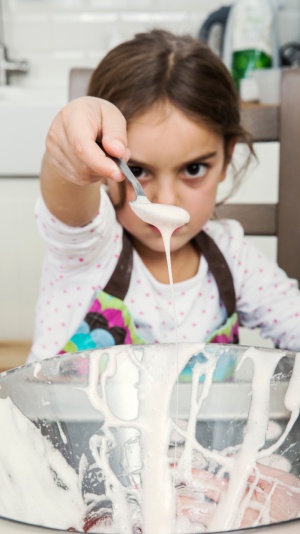 – The history of the ukulele. Víctor Coyote, former frontman of 1980s group Los Coyotes, is working on a new, more theatrically focused project: Ruido Bajito (Little Noise). Among his shows is Ukelele, la pulga que salta (or, Ukelele, the flea that jumps), which is aimed at children. "The frontier between what is for children and what is not is blurred and I find it hard to know where one begins and the other ends," says Coyote. "The history of the ukulele, which starts in Braga, travels to Madeira, and then to Hawaii, is just as interesting to adults as it is to children." He describes the folk opera as being for "children and modern people," and tells the story of the sea voyage that this diminutive four-stringed instrument of Portuguese origin undertook to reach the islands of the Pacific. "I have always been interested in children’s things, in the same way that bars, movies, and local festivals interest me," says Coyote. "What’s more, there is nothing wrong with taking a didactic approach, particularly at a time like this, characterized by poor education and entertainment."

– Grey Elephant. This multi-purpose space in Madrid is used for a wide range of activities, all of them in English: art, dance and movement, and music. There are even electronics and computer programming workshops, along with painting classes – where covering yourself in paint is almost obligatory – and English lessons with live music from the Grey Elephant Trio, whose repertoire takes in just about everything, from George Gershwin to Janis Joplin, with a little baroque thrown in for good measure. "A lot of us are indie parents who have worked in the arts or music at some point in our lives," explains Laura Ceballos, who set the space up. "We have a lot of respect for the arts – singing, storytelling, puppetry – because children need a bit of everything in their lives, but those of who move in these circles like to have other options."

– DJs and roller discos. Astrud, Mastretta, Facto Delafé, Anni B. Sweet, Alondra Bentley, and Jero Romero are among the performers who have offered family concerts at La Casa Encendida, as part of its La Caja de Música initiative. "In this center we offer cinema, music, performance, etc. for adults, and we use the same language to reach out to children, perhaps a little more simplified," explains Maral Kekejian, stage arts coordinator at La Casa Encendida. The idea is that children and parents share their leisure time together, rather than the latter simply accompanying the former. "Initially, only fans of the groups came to the concerts, because there was no tradition of these kinds of family concerts, so we asked parents to bring their children," she says. Each act responds to the situation differently, she explains: "Some came up with a special set, using lights, costumes, stage sets… while others talk to the children directly, explaining the instruments to them, while others just get on with their show as they would if the audience were made up exclusively of children; it depends," says Kekejian. During the Christmas period, the space was turned into a kids roller disco. "This gave them the chance to see what a DJ does, away from the context of the night, alcohol, the club scene, because what matters is the music," she says.

– Child architects. "This is a generation of parents with a wide range of interests and that has produced a generation of children with a wide range of interests," says architect Almudena de Benito. She is the coordinator of a series of architecture workshops for children called Chiquitectos, which she has taken to schools and cultural institutions. The workshops teach children to build, to work in teams, to be creative, and to learn about spatial awareness. "At last we are beginning to see children as people," says De Benito. "It is no longer necessary to talk down to them and offer them simplistic things." As with so many of the initiatives above, De Benito got the idea for her children’s architecture workshops when she started a family. "A lot of the time, we mothers set things up because we see that there is nothing out there for our children." Will the new Norman Foster emerge from this, or the new Oscar Niemeyer? "Attending one of our workshops doesn’t mean that children want to be architects when they grow up. But what is certain is that they will grow up surrounded by architecture, and living in it."

– Rattling those pots and pans. La Cocinita de Chamberí is an organic food shop in central Madrid that also sells kitchen equipment and recipe books, with children in mind. But the main course is perhaps its cookery workshops for the younger generation. These start for babies aged between two months and two years, where, with the help of their parents, they can start to prepare simple dishes such as rolled ham or apple tarts. "The idea is to get children used to the idea of using food, or kneading, cutting, and mixing, etc," says the owner, Paloma Montón. "This helps them to understand the process by which raw materials are converted into something cooked, which at home they often miss out on. And in the process they have a good time." There are also classes for older children where they can learn to make everyday dishes using healthy ingredients. "The people who come here are young parents, many of them living in the city center," says Montón. "But we have had families coming from as far away as Galicia and Valencia for a particular event."