Home > Entertainment > Your Week in History: Music in a prison and a plane in a river – WBTV 3 News, Weather, Sports, and Traffic for Charlotte, NC 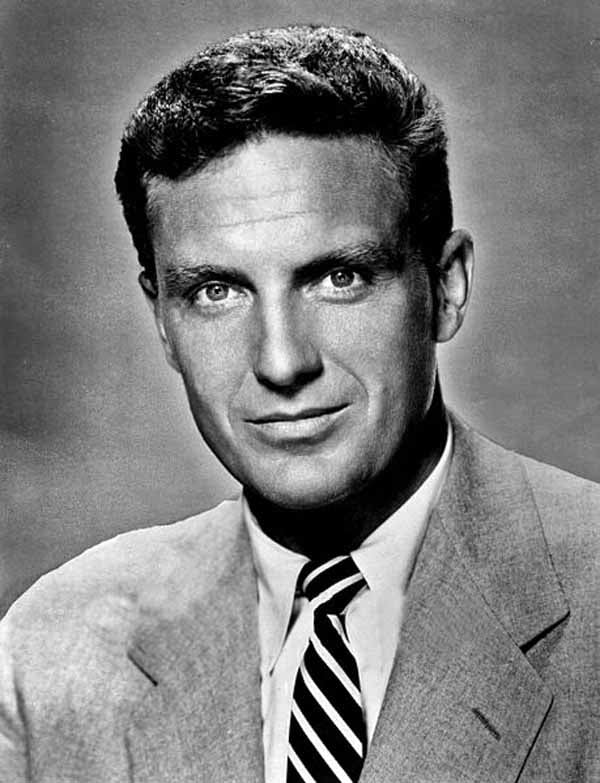 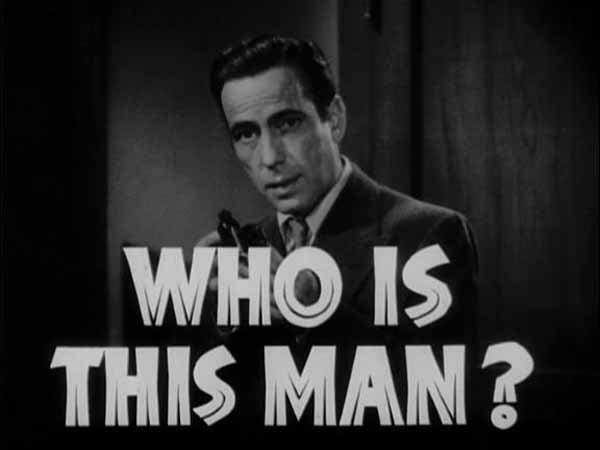 In case you didn’t guess correctly, it’s Humphrey Bogart, who died Jan. 14, 1957. This is an image from the trailer for The Maltese Falcon. (Source: Wikimedia Commons) 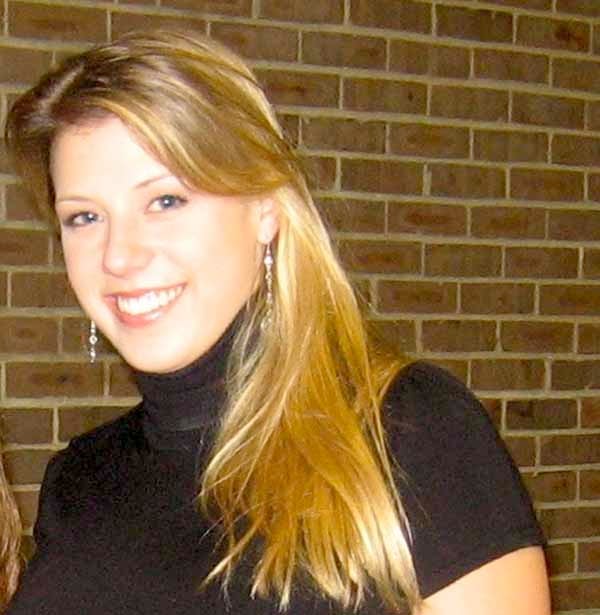 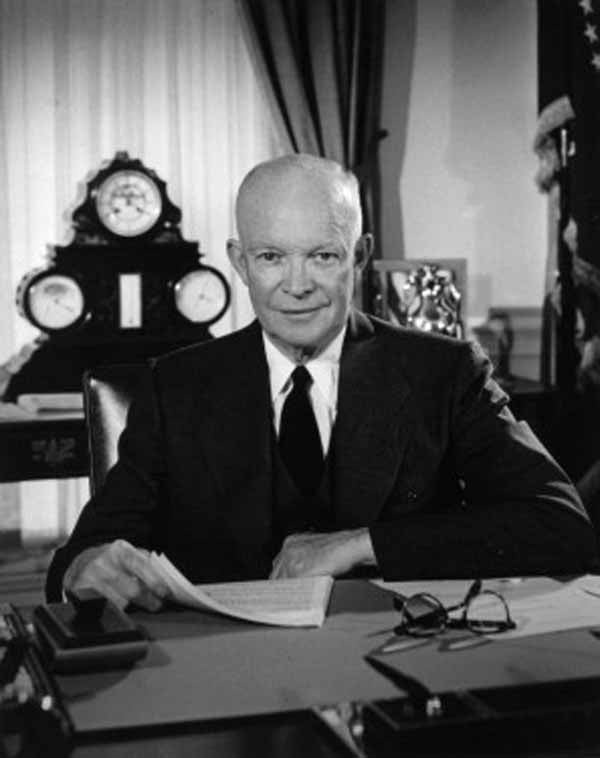 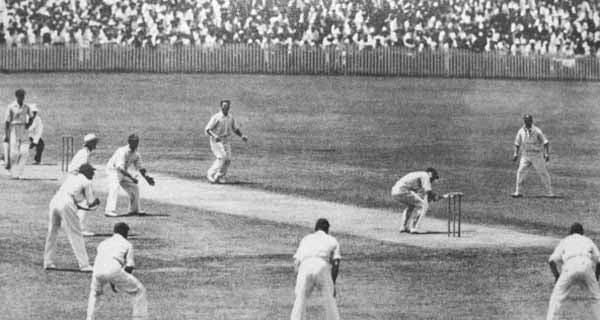 (RNN) – A year ago tomorrow, this article graced the world with its presence for the first time.

Your Week in History has made its own history by becoming 1 year old. That means that if you have read every article since its inception, you’re in store for some rehashing.

I’ve had the opportunity to write about every event in human history and I have squandered it by talking about people who were in movies with John Wayne, praising Secretariat, mocking politics and telling states I don’t approve of to go away.

There’s only one day of the year that hasn’t be discussed yet and that’s today – Jan. 13. So, before diving into the redundancy, here’s an ode to Jan. 13.

Some cultures still use the Julian calendar and celebrate New Year’s Eve on Jan. 13. The "Old New Year" is Jan. 14, and I can’t begin to describe the absurdity of this. Jan. 1 is called the "New New Year" in these ridiculous circles. Who comes up with this crap?

Ever drive in a big city and it has exit signs that say Exit 31 with a smaller sign that says Old Exit 9? At some point, it just becomes Exit 31. We’ve reached that point with the year. New Year’s Day is Jan. 1. Deal with it.

Dr. William Brydon was the lone escapee of a British Army retreating from Afghanistan in 1842. More than 16,000 men were killed in an ambush, but Brydon survived despite being badly wounded. More than 100 other people survived, too, but they were captured and weren’t released until later.

Air Florida Flight 90 crashed shortly after takeoff in Washington, DC, due to ice. It crashed into the 14th Street Bridge over the Potomac River, killing 78 people, including four people in cars on the bridge. The bridge was renamed after Arland Williams, a passenger who died assisting other victims.

Costa Concordia sunk Jan. 13, 2012. The wreck killed 31 people with an additional person still unaccounted for. The ship is supposed to be towed from the site of the wreck in a few months and scrapped.

Johnny Cash performed at Folsom State Prison on Jan. 13, 1968. He actually performed twice – once in the morning and once in the afternoon – to record an album and was concerned about the quality of the recording. Ironically, it was the first recording that was the best, with 13 of the album’s 15 songs chosen from that performance. (Give My Love to Rose and I Got Stripes were taken from the afternoon performance.)

Cash wasn’t the only performer in the concert. He was joined by Carl Perkins, the Statler Brothers and did a few duets with June Carter, who he married less than two months later.

Here are some of the events of note that happened between Jan. 13 and 19.

Hollywood legend Cary Grant was born Jan. 18, 1904. He’s best remembered for roles in Bringing Up Baby, Gunga Din, His Girl Friday and North by Northwest. He also had a cameo in Without Reservations, which starred John Wayne.

Geoffrey Dueul was born Jan. 17, 1943, and was most famous for his role as Billy the Kid in Chisum opposite Wayne. Glenn Corbett, who died Jan. 16. 1993, played Pat Garrett in the same movie.

Donna Reed is famous for her roles in It’s a Wonderful Life, From Here to Eternity and The Donna Reed Show, but she also starred in They Were Expendable. Reed won an Oscar and a Golden Globe and was nominated for four Emmys in her career. She died Jan. 14, 1986. Her birthday is also in a couple of weeks – Jan. 27, 1921.

Oliver Hardy, who became famous as one half of the comedy team Laurel and Hardy, was born Jan. 18, 1892. Hardy also played a supporting role in The Fighting Kentuckian, alongside his good friend John Wayne. (The only video I could find is in Italian, but the comedy needs no translation.)

Hal Roach, who produced Laurel and Hardy movies as well as Our Gang and The Little Rascals, was born Jan. 14, 1892.

One of the most famous TV episodes of all time aired Jan. 19, 1953. Lucy Goes to the Hospital aired on the same day Lucille Ball gave birth to her real life son. The episode chronicles Lucy’s character giving birth to her TV son.

The episode is marked not only by its real-life parallel, but also as being the highest rated TV show up to that point. The full episode is available online, but its most famous scenes are Ricky coming to the hospital dressed in kabuki make-up and the panicked reaction he has to Lucy saying it’s time to leave.

Elizabeth Short was murdered Jan. 15, 1947. Short was nicknamed the "Black Dahlia" after her body was discovered. Dozens of people have claimed to be the killer, but it still remains unsolved. The first victims of serial killer Dennis Rader, better known as BTK, were killed Jan. 15, 1974, and his final victim was killed Jan. 19, 1991.

Dwight Eisenhower gave his farewell address Jan. 17, 1961, and warned of the potential influence of the military industrial complex.

U.S. Airways Flight 1549 landed in the Hudson River after hitting a flock of birds shortly after takeoff Jan. 15, 2009. There were only a few injuries and no deaths.

What would the anniversary article be without more stuff about cricket I can’t explain? Nothing, that’s what. Anyway, the "bodyline" tactics of the 1932-33 Ashes reached their peak Jan. 16, 1933, when Bill Woodfull was hit in the heart. Woodfull lived for another 32 years, so it couldn’t have been that bad.

At the risk of sounding like an uniformed idiot, (too late!) I’ll try to describe this. Australia’s Don Bradman was a good hitter, so to keep Bradman from getting hits, England basically threw the ball at him and other players, including Woodfull, and Australia got mad.

The two sides got angry because the sport’s gentile traditions (read: unwritten rules) were violated by a win-at-all-costs mantra that gentleman of leisure are supposed to frown upon. I read about it so you don’t have to, but here’s a link to an article that is in English but still makes no sense.

In the history of real sports, the first Super Bowl was played Jan. 15, 1967. Super Bowl I wasn’t called the Super Bowl, however. It was known as the AFL-NFL World Championship Game with "World" meaning the United States. The Green Bay Packers won 35-10 over the Kansas City Chiefs in Los Angeles.

The game was shown live on both NBC and CBS. It is the only Super Bowl that wasn’t a sellout despite being blacked out in Los Angeles, but it was the most watched sporting event ever televised at that time with 65 million viewers.

However, both networks erased the film they took of the game so it could be reused, but NFL Films had cameras at the game, and its footage survives.

The Week in Warfare

Theodore Roosevelt was awarded the Medal of Honor posthumously Jan. 16, 2001, for his actions at the Battle of San Juan Hill, becoming the only president to have received the award.

The Battle of Cowpens was fought Jan. 17, 1781, and resulted in a major American victory. The British suffered at least twice the casualties as the Colonial army. The tactic employed in the battle was to put the untrained militia on the front line to fire and retreat to bait the British into charging into a waiting army and heavy fire.

The battle was over in about an hour and is portrayed as the climactic battle in The Patriot, but it’s not historically accurate and combines the details of at least two battles into one.

Holiday You Should Celebrate

Preview of next week

Happy birthday to … ME!