Jason Mraz…Hit Them With Success

Home > Jason Mraz…Hit Them With Success

Jason Mraz…Hit Them With Success 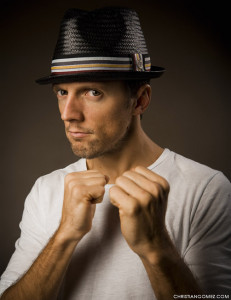 San Diego Mayor Kevin Faulconer to Surprised Singer-Songwriter Jason Mraz with Proclamation in His Honor San Diego, CA – On Tuesday August 19, Mayor Kevin L. Faulconer paid tribute to a local artist, and proclaimed it  “Jason Mraz Day” in honor of the singer-songwriter kicking off his world tour in San Diego, where he began his career. Mraz, a two-time Grammy Award-winning artist, was 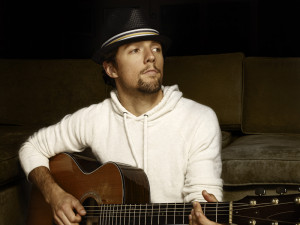 unaware he was to receive a proclamation. The Mayor opened his office to the media to speak with Jason about opening his tour in San Diego.  Mraz is also a committed organic farmer in San Diego County, and has made significant contributions to the arts, education and the environment through the Jason Mraz Foundation. During the press conference, Jason received the first ever official San Diego Blue guitar pick from the Mayor, as well as an official plaque recognizing August 19th 2014 as Jason Mraz day in San Diego. 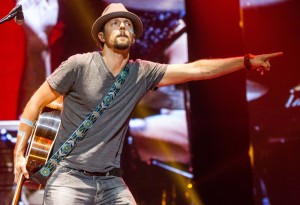 The press conference was short, but there were a few questions from the press for Jason.  What stood out to TIOM the most, was his response to the question about bullying.  His response was something that can be used, and applied to anyone that has been subjected to bullying; “Bullying is inconvenient and unfortunate to those who get bullied.  It is a direct result of how the bullies are being treated elsewhere, and they are then passing it along and showing it to other students unfortunately.  It toughened my skin when I was bullied.  I decided not to try to hit you back.  You just wait. I’m going to get you back with all the success I’m going to have…I’m going to hit you back by being an awesome person to everybody I meet.  That’s how I feel we can tackle that issue.”

Jason also spoke on the issue of equal rights, and stated that he has seen some dramatic changes since he was in high school. 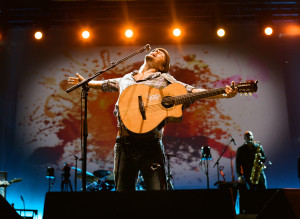 He mentioned the experience of his best friend coming out, and how it affected his family.  Now he wishes he could explain the depth to which his parents have accepted it.  It shows how the conversation has finally hit every home.  The LGBT community in San Diego has been very supportive of Jason, and they expressed their thanks to Mayor Faulconer, in being supportive of their cause. San Diego has become the adopted home of Jason.  He said he chose San Diego because of its great coffee house music scene, which allowed him to be creative and collaborate with other great artist in the area.

The tour Kicks off tonight August 21 at the Civic Theater in Downtown San Diego. Visit http://jasonmraz.com/ for tour dates, locations and times. 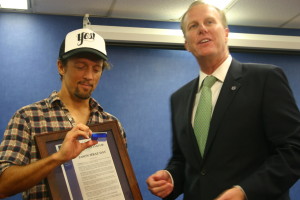 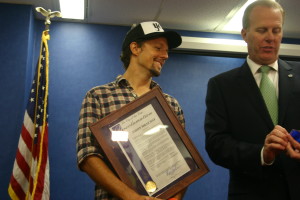 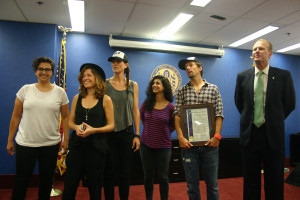 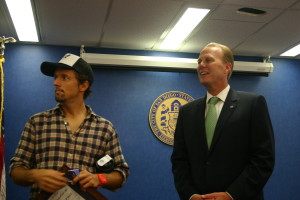