From The West To The World – DJ Jam

Home > From The West To The World – DJ Jam

From The West To The World – DJ Jam 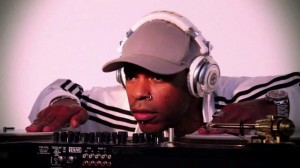 Outside his San Diego home studio, a jam session compiled of different beats knocked the covered studio walls. Dressed in some San Diego gear, the mega DJ—whose many collaborations with the hip-hop elite include Dr. Dre and Snoop Dogg (Lion) as he dubbs himself as the official DJ of the West.

No matter what you are into, JAM has championed them all. Everything from Hip Hop, R&B, Reggae, House/Electro/Dubstep, Funk, or Soul Classics, JAM has the just the right beat to turn any event into a jam. With may influences from top DJs, he has been able to go from a 13 year old boy with a turntable and a mixer, and turn into a powerhouse DJ now working with greats such as Eminem, Ice Cube, Warren G, Snoop Dogg, Dr. Dre, Kurupt, and Nate Dogg.

How do you feel about the current content of Hip-Hop and how it’s played?

DJ JAM is definitely excited about hip-hop and its growth since it’s incubation.

When hip-hop started there was basically one type of sound that was east coast driven, then other areas came in like the west coast and down south. So before it started with one (east coast) genre, now there are so many different genres connected to hip-hop, whether its electro (EDM), house, trap, dub step, and twerk. So I think it’s better because have you ever imagined what it would be like if everything sound the same as the 80s, but I like variety and I like it now.

So how is the energy for black DJs overseas?

You know it’s not even a black thing, it’s a US thing. Because in the US we have all these media avenues to see artists, to see what they’re doing day to day, to also see their mistakes, videos, and reality shows. Overseas they don’t get a chance to see all of that, so when artists go over there, it’s packed because their perception is a lot different than the US. The US takes for granted the ability to see artists at their leisure.

So what’s it like working with Snoop and Dre?

Dre, ah man, excellence and perfection, basically. He takes his time and does it right and it’s not done until he says it’s done, regardless of deadlines and all that. That’s with music and performing on stage, same ethic. He really just wants to make sure it’s done right. He’ll have a whole band (talented musicians) playing music and he will randomly pick up beats.

There are definitely songs out there right now by big rappers that are about (what happened) in Ferguson. It’s all about the information (when making songs about issues). Like Tupac said, “I will spark the brain that will change the world” in order for the world to become a better place. He is going to say what’s going on, what’s good and what’s bad, so people can take heed to that. The rappers have a voice of millions and I think anybody with that big of a following (coalitions, organizations, etc.) could use it in a positive way. I think it’s a responsibility to give back and share that knowledge.

Musically, I have been getting more into production, doing a lot of remix work of popular songs with my production partner Dave Moss. With the remixes, we have our crew of videographers make videos to our songs and send them to social networks and DJs all over the world, so our versions can be played in clubs. So I have been working nationally and internationally with DJs on projects, now that everything is set.

On the other tip of things, it’s all about my foundation now. I have been working with a firm and we just received our paperwork officially, I have an official non-profit. It called the Community Hands Network and it is the umbrella for two different programs going on. One is the United DJ Mentor Academy, teaching junior high and high school students, in a classroom setting, the business and art of being a DJ.

The other program is called the Habitat and Petting Zoo of San Diego. This is an outreach program that will feature a petting zoo, an indoor facility, and an organic fruit and vegetable garden. So it’s all about the animals and environment and how they coincide together. I also serve as the chairman of these. So now it’s about music, animals, and the environment for me.