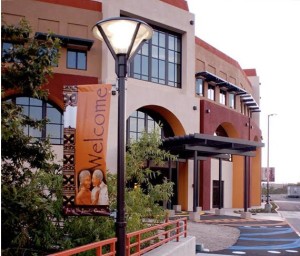 With residents at the core, we are collaborating with the community to strengthen and inspire a sustainable, resilient, and thriving neighborhood through knowledge, tools, and networks. We are establishing a common agenda, developing shared measurement, defining our mutually reinforcing activities, and creating open and continuous communication. The Jacobs Center will act as the backbone where appropriate for efforts towards community improvement in areas such as education, public safety, youth development, community health, and others that are critical to the fabric of the community and sustainable change… The Jacobs Center

With its presence in the 4th District of San Diego, The Jacobs Center has made strides in providing a viable outlet for the 4th District.  Long time residents of San Diego that are familiar with Southeast San Diego and its surrounding area, know that there has not been much development in the growth of the community’s, business sector or environmental improvement. Selected areas have seen growth in development projects; Downtown, the Gaslamp, La Jolla, East Village just to name a few.  The question remain, what is collectively accepted as OK or normal.  Are the decisions socio-economic driven, or culturally non-contested, or both.

Given that an individual’s decision might very well be located in and dependent on the social networks & organization, peer group, family, school & workplace.  Social influence has been a welcomed addition in what is deemed ACCEPTABLE.

The Change is in Affect 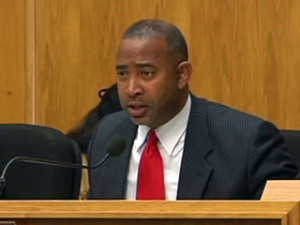 During the days of the late George Stevens as Councilman for the 4th District, strides have been made to bring attention to an underserved community.   Councilman Stevens held back no punches and spoke up for his constituents. Following in his footsteps, Councilman Tony Young grabbed the torch and continued to lay a foundation for building up the 4th District, as a viable community in San Diego. Tony Young has since taken a national position to further serve in the public sector as President of the San Diego Chapter of the Red Cross.  Upon his departure, the 4th District elected Myrtle Cole to take the mantle.  Not only has she filled the shoes of her    predecessors since her election, she has hit the ground running in those shoes.  In her first 6 months of service, Councilmember Cole has been an outspoken voice for development and creating jobs for the 4th District.  Construction of Walgreens is scheduled to begin in 2014.  Also, the completion of the new Community Health Centers on Logan Ave. and 47th and Market Street, service are now being utilized and has made an impact within the community. 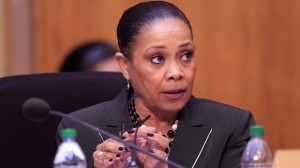 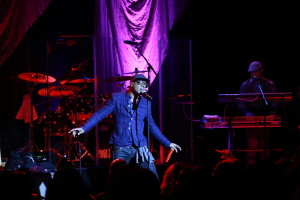 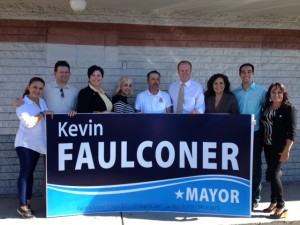 Early in 2014, the Jacob Center began a Concert series at their event facility.  Not just any concert, major concerts with artist Mint Condition and Poncho Sanchez to date.  During the first concert with Mint Condition, Councilwoman Myrtle Cole made mention that events such as this will help achieve her goal of ‘Changing The Culture” of the 4th District.  Along with their concert series and M.A.N.D.A.T.E. Records’ Jazz at the Creek, has great music and entertainment has come to the community. No longer do residents have to leave their neighborhood to be entertained.  Quality events and productions provide an opportunity for those who live in the community, as well as those who are music enthusiasts to come together in a multicultural setting, where they can network and enjoy good music. Enjoying Jazz at the Creek reminds our generation that music is part of history. The Image Of Magazine knows the importance of bringing events of high quality and national notoriety, can and will change the perception of how people view the community. Case in point, after the election of Kevin Faulconer as Mayor of San Diego, The Jacob Center hosted the inauguration in the 4th District, totally un-heard of in the history of San Diego.  The inauguration brought residents, the media and business to Southeast San Diego, an area not frequently visited by those from outside communities.  During the mayoral election for San Diego, both Councilman David Alvarez and at the time Councilman Faulconer opened offices in the 4th District, making it a viable community with a voice in the city.  When campaigning in the 4th District, prior candidates have merely given speeches and promises.  This was the first time a republican candidate has venture into the 4th District and opened a campaign headquarters in Southeast San Diego, (strategic I might add).  When interviewed earlier this year by TIOM, Kevin Faulconer said, “… Opening this office in the 4th District was about inclusion…”

Having international artist and performers such as Mint Condition, Marion Meadows, Paul Brown and others coming to Southeast San Diego, can bring the community a since of pride.  Bringing major chains such as Starbucks, Wells Fargo, Walgreens and other businesses and organization to the Southeast San Diego, also contributes to advancing a better sense of community.  Progress is in the works and on the horizon, but a lot of work still remains.  Bridging relationships and trust between city officials and law enforcement is definitely a starting point.  Organizations like the Citizen Review Board, is a good indication that a change is coming or is in the works.  Some advancement within the 4th District since  Councilmember Cole election and the recent Mayoral election of Kevin Faulconer:

As the Owner and Publisher for The Image Of Magazine, I welcome your emails for thoughts and opinions on how to “Change the Culture” and how to brand a NEW Image for Southeast San Diego.  In speaking with Mayor Kevin Faulconer and Councilwoman Myrtle Cole, our city official also have opened their doors to the Southeast and other communities, on ideas to create this change. Until the residents comes out and change the narrative and produce their own image, expect the IMAGE and perception that is seen by those inside and outside the community, to remain the same.  It is time to redefine what is viewed and accepted as normal or OK.