American History In Black -The Inventors

American History In Black -The Inventors 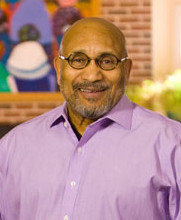 The Image of Magazine continues it’s celebration of American History in Black with African American Inventors.  The proud history of the contributions of many African Americans to the growth of the US has been noted but not widely celebrated. The fact that we dedicate one month of the year to acknowledge a particle group’s contribution diminishes their importance as Americans.  Inventions are the foundation of growth of a nation and the United States has had many, from all segments of the country.  We chose to start our article with the acknowledgement of Emmit McHenry for the simple fact that you are able to read this article.  The internet has not only changed American culture but the entire world and how we communicate.  Although many individuals and corporations have laid claim to the rights and advancement of the world wide web. Let the history be told.

Emmit McHenry and his partners were ahead in the technology game, but Blacks Business people refuse to join him.

In 1979, Emmit McHenry and a few associates start an engineering company name Network Solutions. For 16 years, he and his partners toiled away and built a solid company. They could not get money from the financial institute so they mortgage their properties and max out their credit cards. They were good engineers and got many contracts but the gem within Network Solutions was a contract with the National Science Foundation, which was to create the U.S. Government’s and World first domain name addressing system for the Internet. This was back when the Internet was just a government project, and its commercial potential hadn’t been realized.

Emmit McHenry created a complex computer code whereby ordinary people can now surf the web or have e-mails without having to study computer science. He created what we know today simply as .com

On Dec. 31 1992, Network Solutions got the contract that would make the company a legacy. After the government review several company proposals, The National Science Foundation Department selected Network Solution as manager of domain names registration service for the Internet.

The contract was for $1 million a year for five years. Network Solution had the sole authority to develop and issue Internet system for Web addresses. What Network Solution developed was .com, .net, .edu, and. gov. to communicate on the Internet.

At the time Network Solutions already was handling other sensitive engineering projects for the government. To keep up with the demands the company needed to hire more workers and buy new equipment, but the fixed $1 million a year contract proved to be a constrained because no matter how many names the company registered, it could not charge more. Over the years demand for domain names increase and the company staff grew to 400 employees. Emmit applied to the government to charge directly for the domain names as the request for names continued to increase by the thousands. The government refuses and continues to pay the company $1 million a year for as many requested domain names.

Emmit went to wealthy high profile Blacks and they all refuse to invest in his company. He tried the financial institute and Wall Street and they also said no. He got some help from a white fellow engineer but it was not enough. In the mean time the government keeps insisting if he could not keep up with the volume they will break the contract.

In 1995 Emmit sold Network Solutions to Science Applications International Corp or SAIC for 4.8 million plus personal and business debt. In a few months the government gives SAIC the rights to charge $70.00 per year for each domain name plus royalty on any other created domain names, the same request Emmit wanted. With millions of people and companies requesting domain names there was a bidding war to buy this new cash cow SAIC acquired. A Wall Street Company name VeriSign Inc. was the winner. SAIC flip the newly purchase 4.8 million company to VeriSign Inc for $21 Billion within a year.

Benjamin Banneker
His inventive spirit would lead him to be called the “first African American inventor”, Banneker invented the first Farmers’ Almanac.

Andrew Jackson Beard
On November 27, 1897, Beard received a patent for a device he called the Jenny Coupler.

Miriam E. Benjamin
Ms. Benjamin was the second black woman to receive a patent. She received a patent for an invention she called ‘a Gong and Signal Chair for Hotels.’

Charles Brooks
C. B. Brooks invented the first street sweeper truck and was issued a patent on March 17, 1896.

Henry Brown
Brown patented a ‘receptacle for storing and preserving papers’ on November 2, 1886, which developed into what is now known as the bank safety deposit box

George Carruthers
Carruthers was the inventor of the far-ultraviolet camera and the spectrograph.

Philip Emeagwali
In 1989, Emeagwali won the Gordon Bell Prize, considered the equivalent of the Nobel Prize, for developing the fastest supercomputer software in the world.

Meredith C. Gourdine
Gourdine was the inventor of electrogasdynamics systems.

Lloyd Augustus Hall
Lloyd Hall is responsible for the meat curing products, seasonings, emulsions, bakery products, antioxidants, protein hydrolysates and many other products that keep our food fresh and flavorable.

Lonnie Johnson
Johnson invented the Super Soaker® a squirt gun and also invented thermodynamics systems on the side.

Marjorie Stewart Joyner
Joyner invented a permanent wave machine that would allow a hairdo to stay set for days.

John Lee Love
The “Love Sharpener” was designed by John Lee Love. Love’s invention is the very simple and portable pencil sharpener that many artists use today.

Jan Earnst Matzeliger
Matzeliger invented an automatic method for lasting shoes, which made the mass production of affordable shoes possible.

Elijah McCoy
McCoy is best known for having invented the automatic oil cup. During his life, McCoy invented and sold 57 different kinds of devices and machine parts, including an ironing board and a lawn sprinkler. His first patent was for a lubricator for steam engines ( US #129,843), which was issued on July 12th, 1872.

Garrett A. Morgan
Morgan invented the gas mask and the automatic traffic signal.

Madame Walker
Madame Walker was a St. Louis washerwoman turned entrepreneur, who in 1905 invented a method to soften and smooth African-American hair.